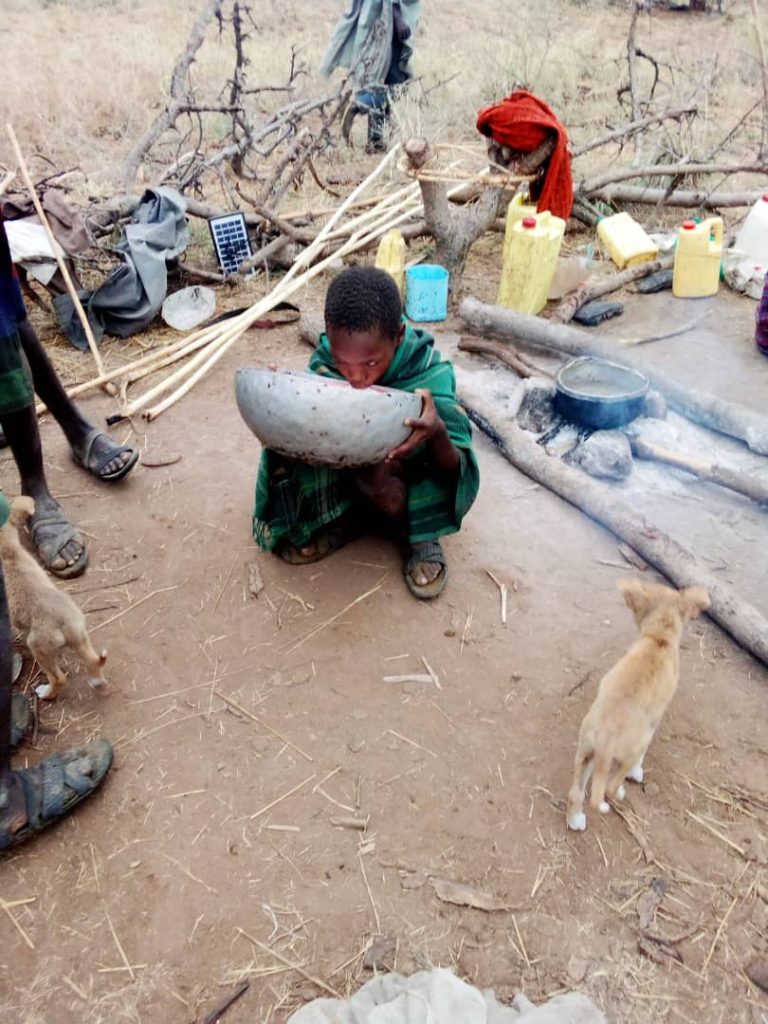 Karamoja hasn’t changed a tad and this has made it such a beauty. It still holds its warrior perception peppered all over it like a price perfume. The Karamojong are warriors and have been so since time immemorial. They haven’t thrown away their cubs and spears and traditional fighting gear. They don’t need teargas and guns (they were disarmed) to defend themselves. This is why we love Karamoja. It doesn’t dance to the drums of the Western culture. Gun to them are what a coin means to a bored dog. Therefore, on your Uganda safari you will experience this culture in details in the Karamoja region.

The beauty with Karamoja is, it is real. It is natural. It has no makeup. It hasn’t undergone surgery. The plains in the region jut up defiantly and the pasture still grows uninterruptedly, not afraid of deforestation or anything. Karamajong is real in the eyes and it is real on the ground.

It’s welcoming and generous, always offering a warm smile and a firm handshake. Karamajong are one of the most welcoming people in the world. They welcome you as through you were their own. They have quite a borderless love for visitors you don’t speak their language and they won’t pretend to speak your language either, but if they welcome you, you will know. You have to know. The Karamajong’s are known to be cattle keepers. They have such a heritage and strong history and an attachment with their cows. Touch their torn cloaks, burn their huts, but don’t touch their cattle.

They will go bonkers and angry and rude. But you will have caused it. They loath intrudes who sneak in and steal their cows.

Don’t take their laid back nature for granted. Don’t step on their toes and mock them. They hate it the way you would. They have a watchful eye on their cattle because their cattle are their life. Nothing else, steal their cattle and an army of them will hunt you down. What makes Karamoja such a beauty is their indigenous homes called Manyattas. Littered fashionably across the hills.

Down the valley, along the plateaus, you will see them. They are huts built in a way only the Karamajong understand. Their architectural knowledge is evident with these Manyattas. You don’t find them elsewhere, expect here. They don’t have bungalows or plush flats and high priced apartments. The Manyattas are homes to the Karamajong and they are not about to grade soon. They have such a strong connection with these huts; they are inseparable.

The Karamajong are also known for their food. It is actually their food that makes them stand out the masses. They love sorghum. And they love milk-mixed with blood. They don’t do pizza or omelettes or chips and chicken. They have stuck to their food even when foods are being wheeled to them by modernity.

The Karamajong and sorghum are inseparable. They get blood from their cows, same applies to milk and they mix the two which turns into such a tasty delicacy that they love so much. As other cultures are queuing up for modern things, Karamoja never leaves its seat to join the queue. It is unique; it has refused to change with the world. And that’s why we love it.