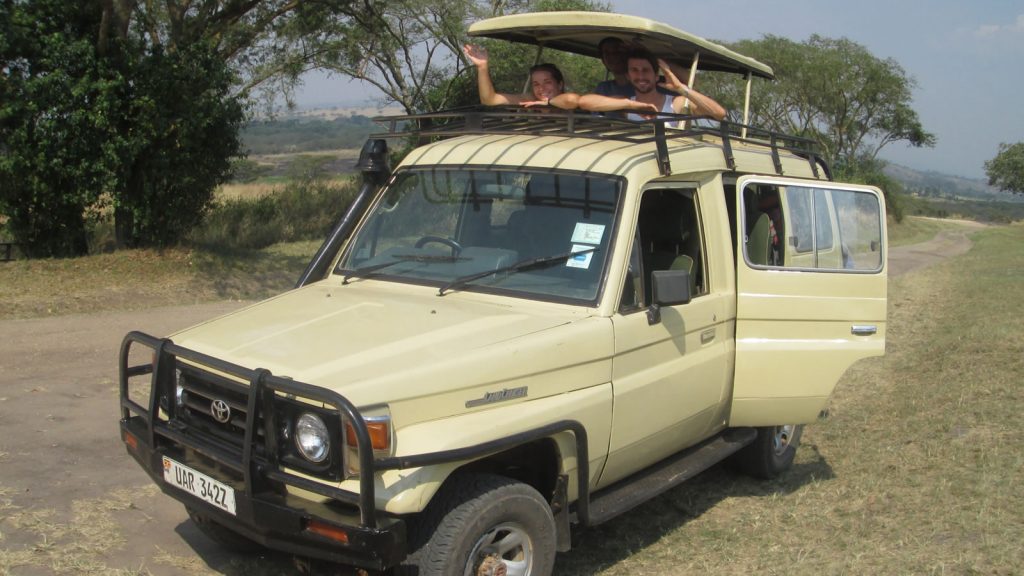 Africa has become prominent than other continents due to its rare and fascinating physical features plus an abundance of both wild animals and the different bird species and this has attracted a number of visitors to entertain amazing continent. In all the continents Africa is the cheapest continent to travel to and specifically to Uganda, before visiting Africa, I had that thinking that it could cost me a lot of money but this wasn’t the truth. It wasn’t too late that we organized a safari to Uganda with the best and reliable Uganda Car Rental agency offering affordable and perfect cars suitable enough to hit the undulating terrains of African marvels of Uganda roads.

We had got enough information from the Uganda’s leading tour company website that’s 4×4 Car Hire Uganda regarding on the different affordable packages they offer to the clients, we managed to take up for a five days trip on gorilla tracking in Bwindi Impenetrable Forest National park, having explored the package, the next step was to contact the company using their phone numbers and via the e-mails. We requested for a budget safari and Moses sent us an itinerary including all the costs we were to spend. We sent him the money to book for us the gorilla permits but it was so amazing that the all tour costed us $4000 USD only.

This was too exciting that we had a trip that fitted into our pockets, having been two, we only paid $1200 for the gorilla permits. We prepared for the journey and it was by Monday that we landed at Entebbe airport and we were picked by Nsubuga with  a super custom and we were taken straight to Bwindi since we arrived in the morning, reaching Bwindi it wasn’t easy since we spent almost 8hours on the way but good enough we had an en-route lunch at Pelikan Hotel in Mbarara and after we proceeded to Silver back Lodge where we stayed and the next day we went to the park headquarter for briefing since tracking starts at 8am.

We were given two well equipped guides with guns for security purposes who led us throughout the activity, we were told not to shout in the forest since gorillas are too suspicious and can hide hence taking us much time while tracking, we were urged to carry our edibles since we were not certain with the time we could find them since they keep on moving to different areas in search for food. Fortunately we had moved with experienced guides who were too conversant with gorilla movements. In a while we couldn’t imagine that landed on a gorilla group known as Rushaga with some large silver backs heading the groups.

We were too amazed on how these gorillas spend their life in the forest but the fact is that they are too vegetarians, according to the available research, Uganda’s national parks of Bwindi and Mgahinga acts as a habitat for about 400 mountain gorillas left on the planet earth and this empowered us to travel to Africa again for these amazing primates. On addition, as we were tracking, we came across some black and white monkeys and the different tree species while in the trails but it was so awesome for us though hectic for the unfit ones. This took us almost 7hours to track and getting back to the park headquarters for signing out.

We went back went to the hotel for an overnight where we got a chance of buying some crafts from the local people including sandals and some “Bitengi” from the Bakiga people we enjoyed our night but the following day we traveled back to Kampala and here we slept at hotel Triangle and the next day we did a city tour which gave us a stunning view of the different hills that make up Kampala plus other significant places including heritage sites plus the hotels and casinos, we took photos and went back to the hotel for an overnight. On the fifth day, we were taken to the airport for our return back to Sweden but all in all it was Moses’ efforts and trustworthiness that made our safari cheap and a success in Uganda.