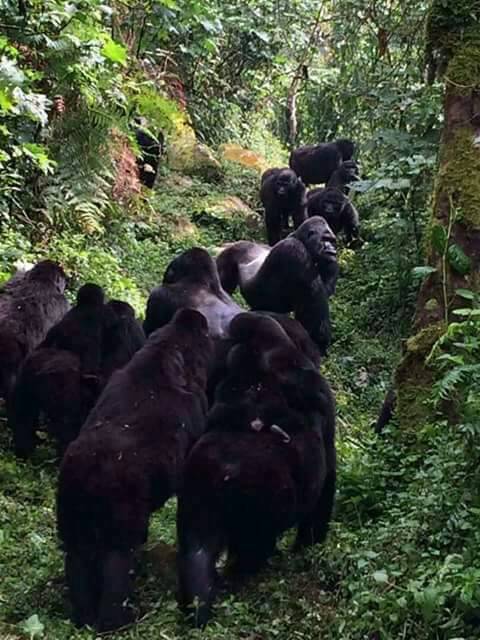 Traveling to Uganda is another eye opener to those who have not yet planned a safari to the country, after developing a desire to adventure Africa, I had to search for a nice Uganda based tour company that could arrange my safari at a satisfactory level. I explored a number of websites until I landed on tour of Uganda website, this had all the relevant information I wanted to discover the nature I tried to contact the operators via the emails and the telephone numbers I found on the website.

Moses from tours Uganda with his expertise he responded me within 12 hours and we had several discussions as he was advising me on a number of things pertaining gorilla trekking and the security of Uganda, after all the discussions, he sent me with a package which contained all the rates of the hotels, permits, vehicles and other utilities. I sent the money to the company account and then I had to book an air ticket which I did without delay. I paid for a gorilla tracking permit at $600 but on my safari, I had also to visit Lake Bunyonyi the third deepest Lake in Africa.

My first night in Uganda I spent it at Protea Hotel in Entebbe since we reached at night good enough I had already applied for the tourist Visa which I got on arrival and we couldn’t proceed with anything until the next day in the morning, early in the morning the following day after a morning tea Nsubuga who was my Driver and a guide drove me to the Southwestern Uganda via the Masaka – Mbarara road, this was a great but a long journey since we had to get an en-route lunch from Mbarara.

After the lunch we proceeded to Kabale where we reached in the evening, the journey took us 8hours of drive from Kampala though the road is well maintained. I was taken to Buhoma where I slept that evening at Buhoma Lodge since I was to track from this sector. Though there are also other sectors such as Ruhija, Nkuringo and the Rushaga sector. All these four sectors have got different gorilla groups that are tracked by around 80 people per day each group is tracked by 8people, the park has got fourteen groups and the fifteenth group is found in Mgahinga Gorilla National Park.

In this case I tracked the Mubare group and this is the oldest gorilla group within the park, the next day I was picked at the Lodge and I was taken to Park headquarters where I met with other people who were also to trek, we were grouped and then given two rangers who briefed us before our activity. We started our trek as early as 8am with one ranger in front and another ranger behind us for maximum protection in case of emergencies from the various wild animals within the park.

On our trek we were being given information about the characters of the gorillas and this took us 4hours within the forest as we were searching for them via the rugged terrains, the thickness of the forest at first scared me but I was able to penetrate the impenetrable later on. This was my first time to trek gorillas and it was a nice experience since we spent 1hour with the gorillas, I took photos for remembrance as well as watching the juvenile and infant gorillas playing around the backs of their mothers.

This was amazing as we spent half a day in the wild just listening to different bird voices, after our trek we sat at a certain point and we took our snacks, and at around 2pm we were out of the forest. At the headquarters we were given certificates in appreciation of the work we did in promoting gorilla conservation. Nsubuga was ready to pick me and we drove to Bird Nest Resort at Lake Bunyonyi in Kisoro where I was supposed to take a vacation after my long day trek.

The following day I was taken to the lake to take up a boat cruise that enabled me to explore almost all the surrounding islands on this lake, this enabled me to see a different bird species, in the evening I joined the local fishermen to do fishing as I had hired the fishing equipment’s, good enough I caught some fish which was fried for me by the service providers . This was an excitement moment for sure, in the evening I went to the lodge and I took some wines from the bar that is at the lodge.

The next day we travelled back to Kampala early in the morning to prepare for my departure. This was a nice safari experience since we had a good driver from Nature Adventure Africa Safaris Limited, here I look to go back to Uganda with my family the next time, I felt like they should also share the happiness I gained from my first time visit to Uganda.